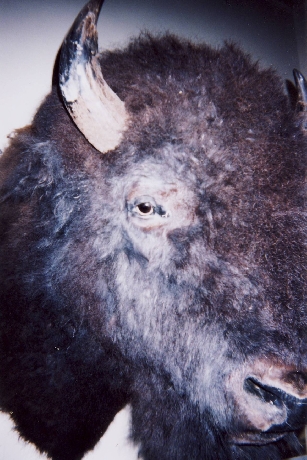 Before “Cattle was King” in the Panhandle, this elder’s forebearers blocked the massive investment project that made the ancient West “new” again. In 1876, on driving his first cattle herd into Palo Duro, Goodnight’s team initially drove over 10,000 buffalo deeper into the canyon; then, to wall off the cattle, forcibly prevented the buffalo’s return. When word was leaked that 10-12,000 buffalo still roamed Palo Duro, the buffalo killers descended and nearly “cleared” every last one. The brute fact is that by bringing cattle herds into Palo Duro, Charles Goodnight, eventually known as “the savior of the buffalo,” had contributed mightily to the buffalo’s near final demise.